The Moffats are back in the Philippines! After 20 years, the Moffats are once again reunited for a show that brings you back to 90s, and I’m sure the 90s kids out there will be sing-along on “Miss You Like Crazy”, “Life Is Too Short”, “Girl of My Dream”, and many more. This is the live concert you shouldn’t miss because it is once in a lifetime experience to see them performing live on stage.

The Moffatts was starting on their very young age at 10 and 11, and their first album, Chapter One – A New Beginning, has become one of the world’s biggest pop records of 1998 and 1999 and garnered for Gold and Platinum status in 32 countries.

In 2002, the band was switched their music genre into an alternative rock feel and recorded the critically acclaimed album Submodalities, which at the time spawned the fastest rising #1 single in Canadian music history, Bang Bang Boom.

After performing over 5,000 shows, the brothers decided to pursue solo careers as artists, writers, and producers in 2001. In February 2017, The Moffatts embarked on a sold-out tour throughout Southeast Asia.

On January 10th, The Moffatts released their first single in close to 18 years. “Secrets”, which entered the iTunes charts in the #1 spot in a number of countries. 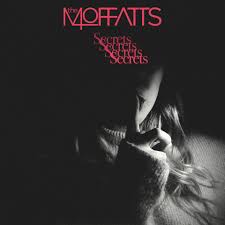 The Reunion Tour in Cebu

This time, The Moffatts is having a live concert on November 23, 2018, at Hoops Dome, Lapu-lapu City, Cebu. As the name suggests, it is a reunion tour because all four brothers, Scott, Clint, Bob, and Dave, will be performing together.

During the Press Conference

I’m one of the media attendees for The Moffatts Live In Cebu Press Conference last November 21, 2018, at the Solea Mactan Cebu Resort. It was a dream come true to see them in person and had a chance to talk to them and autograph sign my press kit.

Where to buy tickets?

Tickets are available at SM Tickets. You may visit their website at www.smtickets.com. The VVIP + Moffatts X Bundle gives you access to the Moffatts X: The Ultimate Moffat Experience.

The Moffatts X: The Ultimate Moffatt Experience gives you the ultimate dream come true to meet and interact with them. It will be a team building experience for all the Moffatts X participants and there will be games, prizes, and team battles together with the brothers.

The Big Bad Wolf 2019: The Eleven Days of Non-stop Sale